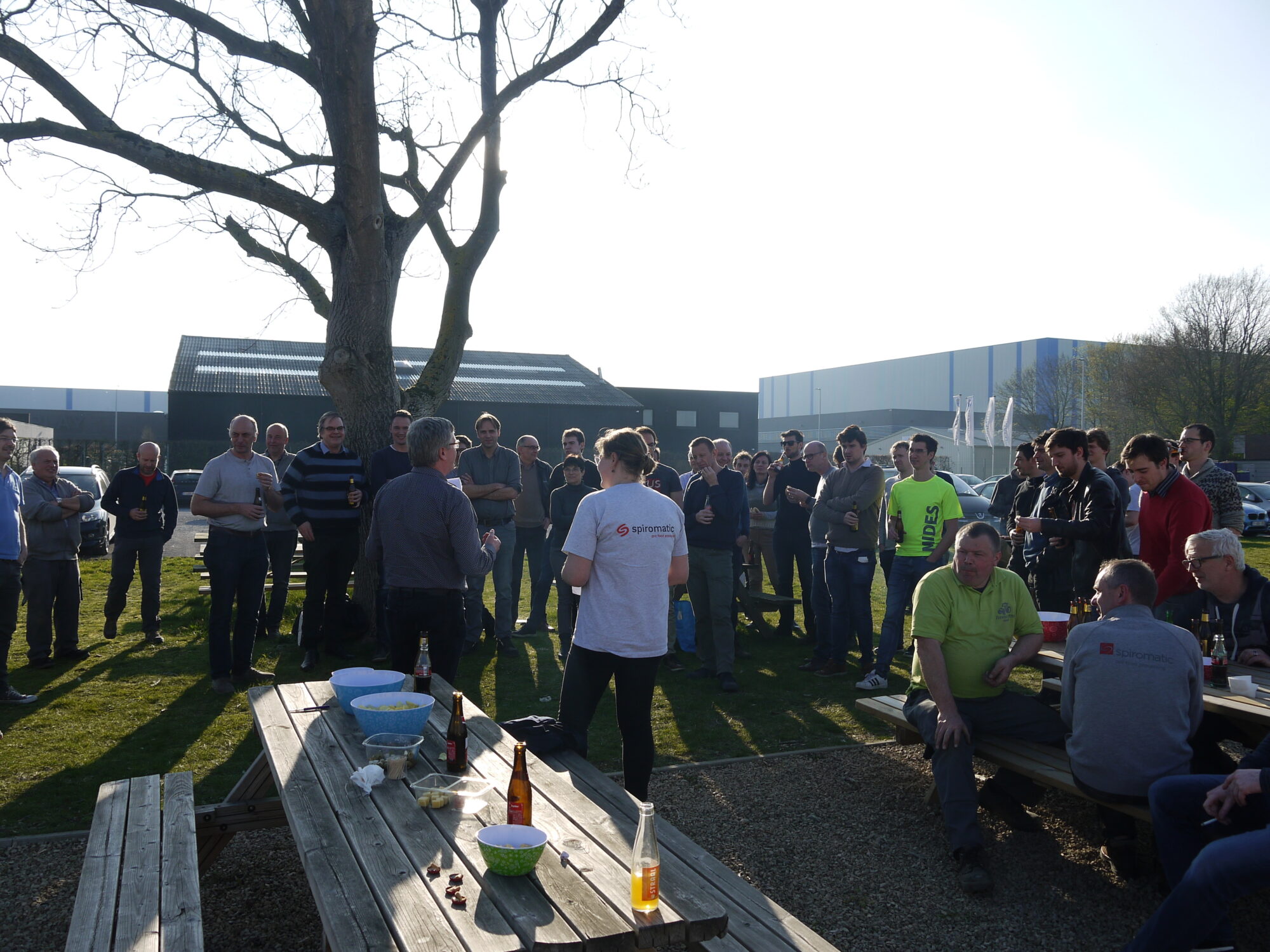 Week of the mobility

“We didn’t expect the action to be such a huge success”, says Nancy Pynaert, one of the initiators of the action. “Almost half of the colleagues here is participating. Some of them choose carpooling, others will try out the public transport, but the majority goes for the bicycle.” The participants are offered a wide choice: city bikes, folding bikes, race bikes, electric bikes or tandem bikes (also electric). The ideal opportunity for some of the colleagues to try out a different type of bike before considering purchasing one.

“We really try to motivate the people by complementing the week with some more playful actions”, says Pynaert. “On Thursday evening we organize a Happy-Easter- Hour after work and on Friday morning a breakfast is offered to all participants. Various prize packages will also be allotted.”

To maximize the chance of success, Spiromatic already planned a second ‘Week of the mobility’ in September. The action will also be continued in 2019. And plans are on the table to arrange an unused space at Spiromatic with extra showers for the cyclists. “This is a sign that we don’t consider this as a one-shot nice action, but as a real engagement. We see this as a win-win for everyone. It’s good for the spirit at work, but people will also get fitter and healthier.