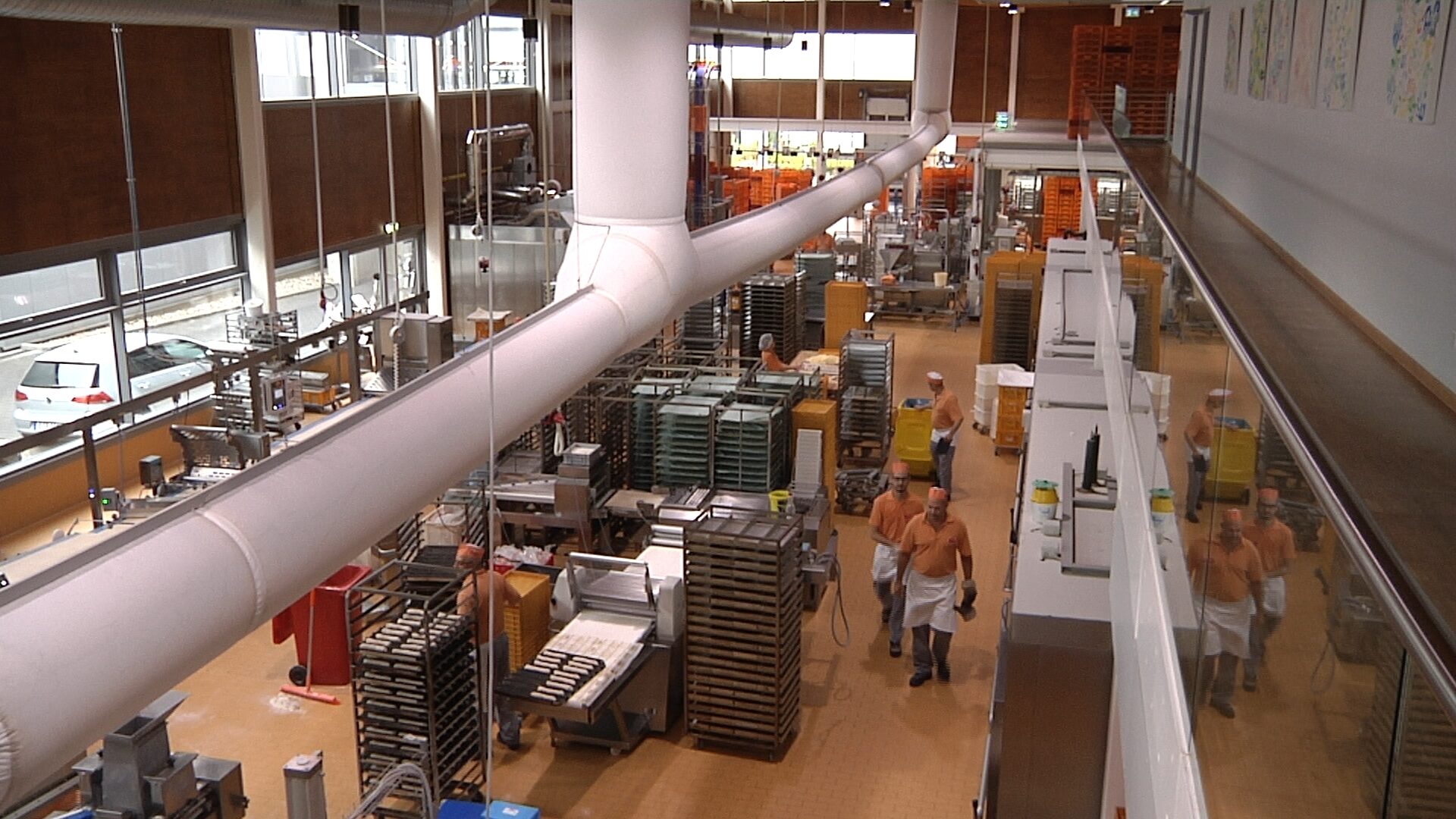 In the Essen (DE) region, Bäcker Peter is a well-known bakery brand. Originally founded in 1910 this family company has evolved to a solid player with 52 bakery shops, selling crispy breads and fine pastries.

Given the fact that the company continues to grow, the ambitious fourth generation - and the fifth under way - decided to adjust its central backing facility in Essen to meet modern standards, this way ensuring the company’s future.

By talking to and visiting his colleagues, the current CEO Klaus Peter, had seen and heard nothing but positive things about Spiromatic and decided to give them a call. Eventually, Spiromatic was chosen to handle the factory renewal, based on their vast experience in the food industry and their customer-focused and tailor-made approach.

Although the Bäcker Peter office building boasts a contemporary modern design, the production facility could definitely use a thorough facelift.

For their ingredient storage, the company was still using Trevira silos, which have a lot of disadvantages:

Moreover, for their ingredient transport the company relied on old pneumatic transport, which is:

And finally, the weighing at the Bäcker Peter production facility was done manually and mechanically, not automated.

By talking to the company’s management, Spiromatic got a good understanding of where the company wanted to go and based on that input, the Spiromatic engineers developed a new lay-out for the production facility. In this new plan, the engineers had tried to integrate as much as possible the existing machinery that was still up to standards (such as the weighing bunkers), which was very much appreciated by the Bäcker Peter management.

Nevertheless, the new lay-out also comprised the installation of:

The new baking facility is up and running and has numerous advantages: