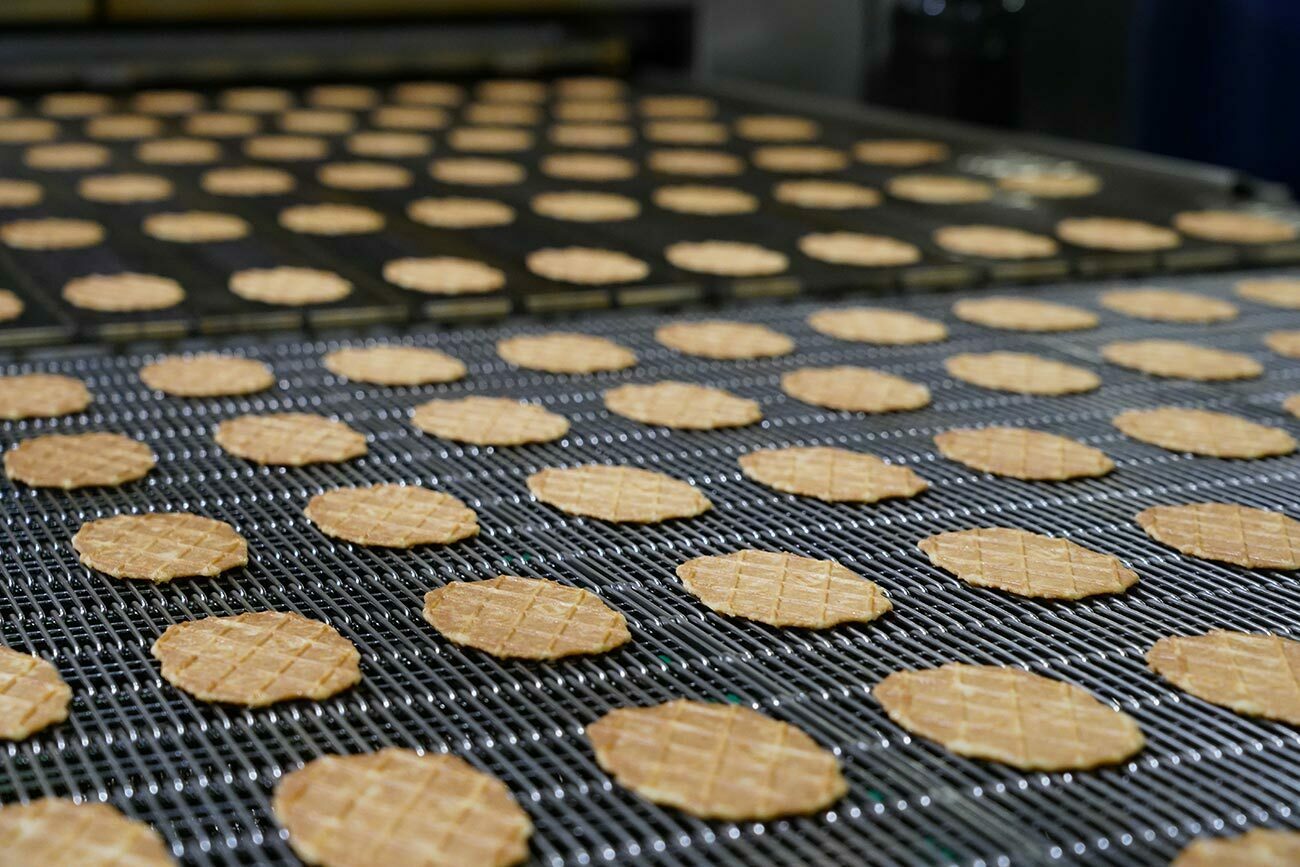 The legendary Belgian biscuit maker Jules Destrooper has moved the production lines from the original Lo site to the company’s larger facility in Ieper. The merger included an ambitious project to modernize and automate the ingredient handling and mixing processes. “It’s a major step up for us in terms of efficiency, productivity and convenience for the operator,” says operations manager Jo Ballet.

Established in the small Flanders town of Lo in 1886, biscuit maker Jules Destrooper has become a household name over the years, and not just in Belgium, and is famous for delicacies such as Lukken butter waffles and Almond Thins. The company is also official supplier to the Belgian Royal Court.

Celebrating the company’s 100th birthday in 1986, a much larger facility was put into service in Ieper, though a few production lines remained at the original location until very recently. “The Lo site was beginning to burst at the seams, so we decided to move the lines to Ieper,” admits Jo Ballet, the company’s operations manager since 2017. “And it was also a perfect opportunity to modernize the equipment.”

The move was a major operation. “Our Ieper facility was large enough,” explains Ballet, “but we needed to rearrange a lot of our lines and reorganize things to make way for the transferred production. We made provision for twice the capacity we needed so that we would be ready for future growth.”

The dough chambers themselves had to be state-of-the-art. “One major preoccupation was to reduce the amount of manual handling of ingredients and products as much as possible,” says Ballet. “Spiromatic installed a fully automated solution, including climate-controlled ingredient storage tanks, transportation pipes, and weighing and dosing equipment, all controlled by a fully configurable recipe management and production control system.”

Taking care of the secret details

Biscuit lovers are passionate about the rich gamut of tastes offered by the Jules Destrooper product range, so they won’t be surprised that the recipes can be quite complex. “The secret is often in the details,” confirms Ballet with a smile.

“It means that ingredients must be dosed very carefully, which is especially challenging for microingredients such as syrup and other liquids that are difficult to handle. Automation makes this process much more precise. It’s helped us to significantly reduce failure rates.”

Operators are also delighted with the new installation. “And not only about the lower likelihood of errors,” Ballet insists. “Just imagine the time when our people had to drag heavy bags of flour before casting the contents into the mixer. Automated ingredient dosing also gives them better control over the mixing process, which now takes much less time and avoids spillage.”

The move to Ieper also allowed us to centralize and rationalize our administrative and commercial activities, and renew IT systems

“Cleaning is easy too, because the entire installation is designed and built with effortless cleaning and maintenance in mind. And the dough chambers are equipped with a convenient dust extraction system, making for a much more pleasant work environment. There are happy faces all round!”

The move of Jules Destrooper’s Lo operations to Ieper confirms the company’s ambitions for the future. CEO Ives Depoortere elaborates: “The need to increase overall equipment efficiency was one reason for relocating. It also allowed us to centralize and rationalize our administrative and commercial activities, and renew IT systems.”

“The focus is now on further improving professionalism and gradually ramping up production, with Western Europe and the United States our main targets.”

Lo has not been abandoned completely though. “We still have a presence at our original location with a visitors center and a test bakery.”

In addition to supplying weighing and dosing equipment for the dough chambers, Spiromatic has fully automated the ingredient handling processes at Jules Destrooper in Ieper. The installation includes a comprehensive recipe management system, allowing Destrooper to configure their recipes in minute detail, including precise dosing, mixing, resting, and conveying processes and accurate control of temperature, pressure, speed, and timing for each action.

Full automation guarantees that even the most complex of recipes can be executed precisely and error-free. Process data are collected and logged, providing an overview of the exact ingredient volumes used in each batch.

The following systems and components have been installed and implemented:

For more information on Spiromatic’s ingredient handling and dough chamber solutions, contact us.